“Passive-On” is a European research project started in 2005 with a €714,000 budget and 50% of the said amount provided by an EU grant under the Intelligent Energy Europe SAVE program.
Its main goal is to promote the concept of the German Passivhaus standard protocol – which was developed for cold climates – and also its advantages when applied to hot climates. This article presents the standards of the Passivhaus protocol as they apply to hotter climes.

Some of the basic concepts of the Passivhaus standard are described here for those who are not familiar with them. Firstly, Passivhaus is not a brand but a design protocol for buildings which was developed in Germany in the 1990s. The protocol was introduced with the goal of reducing the energy consumption during Germany’s harsh winters without compromising on an optimum level of indoor comfort. In technical terms, the protocol requires the design and construction of “passive” houses which annually require not more than 15 kWh per square meter of energy for heating.

Thanks to these buildings standards developed by the Passivhaus Institut a house can be made to a more convenient and comfortable standard than those built, for instance, according to the Italian law on the rational use of energy, energy conservation and development of renewable energy. In fact, while having the same indoor comfort as a traditional house, a passive house requires approximately 85% less energy per year (including electricity usage) so that the total annual consumption does not exceed 120 kWh per square meter.

So why should a “German” standard be adapted to hot climates? The answer becomes evident from an analysis of the free heat contributions to the indoor environment. In winter, the free additional heat sources can save fossil energy and contribute to the indoor comfort while, on the contrary, in summer they are undesirable and cause electricity to be consumed on air conditioning. For example, consider a kitchen-dining room with windows facing south-west with a high concentration of appliances (such as fridges, freezers etc.) working 24 hours during a Mediterranean summer.

If such a room is built according to the normal Passivhaus protocol (i.e. with hermetically sealed windows) the “greenhouse” effect – caused by the low glass emissivity that traps solar radiation – and the “radiator effect” caused by the outer walls (as the thick insulation does not allow it to dissipate the excess heat) will add to the heat generated by the electric appliances and the metabolic heat produced by the users (average 100 watts per person) to produce an uncomfortable increase of the room’s temperature.

Below we discuss how Passive-On solves just such a problem and improves indoor comfort while simultaneously reducing energy consumption, even in latitudes where energy demands for air conditioning in summer are far from marginal.

An international team of research institutions, both public and private, with proven experience in passive house issues, passive cooling and analysis of energy-saving policies collaborated in the Passive-On project. The participants mainly came from six European countries with a significant land area subject to a Mediterranean climate such as Italy, Spain, Portugal and France. The majority of the project’s partners and the project coordinator were Italian. The research team for each country was the following:

The Passive-On project examined the dissemination in Southern Europe of the Passivhaus Institut’s Protocol standards before Italy adopted the EU Directive 2002/91/CE on the energy efficiency of the buildings. As mentioned above, southern European countries need an additional criterion to design comfortable houses not only for winter but also summer as over the course of the year people often have to spend much more money on air conditioning than on heating.

Take for example, cities that have been planned without any environmental sustainability criteria and where air conditioning, indispensable for their inhabitants, unfailingly contributes to raising the average temperature by about five degrees centigrade. According to climatologists, future summers will be increasingly hot and sultry while in addition, there is the so-called “heat island” effect caused by enormous areas of urban land being paved with asphalt or other materials that absorb large amounts of solar radiation. Below we present the three goals and five design rules developed by the research team to counteract these problems and improve the summer comfort of buildings. 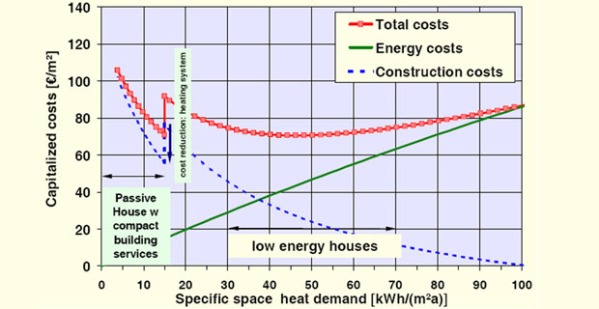 The European research project aimed to achieve the following goals:

In summary, to solve the kind of problems described above and conform to the current Passivhaus buildings standards the following general principles should be included in the building’s design:

Achieving comfort in summer is not easy as today’s cities have many design constrictions, such as high noise levels at night, heat islands and restrictions on the orientation of windows which limit or even prevent the application of some completely passive cooling techniques at night-time (without the aid of installations such as cross ventilation). For these reasons, the techniques of active cooling using efficient, low energy installations in highly insulated buildings may represent the most acceptable solution even in summer.

Passive-On made a software pack available to building designers in a Passive-On CD so allowing the various researchers to test it in their countries. The free demo program, containing the following information, can be downloaded from the Passive-on website:

The “lessons learnt” described in the project management documents and published at the conclusion of the two years research is, in our opinion, particularly useful for those who wish to activate a consortium to upgrade to the Passive-On project. This enables improved design of passive houses or supports other initiatives e.g. comfort audits performed by certified energy professionals with traditional instrumentation, or even analysis of the ecological footprint of the building process. 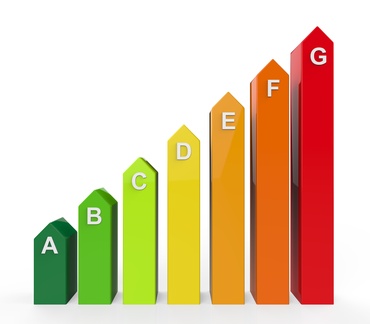 The Passive-On researchers have demonstrated that the concepts of the Passivhaus Protocol proved to be valid for making buildings energy efficient throughout the year – even in hot southern Europe. It does this by stipulating thick insulation of the building envelope, minimization of thermal bridges and active forced ventilation with heat recovery, in addition to particular technical devices to limit the effects of heat inputs, e.g. sunscreens and night ventilation for the cooling of thermal masses. The PHPP software constitutes the main tool for the successful design and construction of high-performance buildings or the calculation of a suitable energy balance at the planning stage.

This article was written by Italian architect Giovanna Barbaro during her Erasmus Project for Young Entrepreneurs with BioLogiQ and published on 17/02/2015 on the following Italian website: Architettura Ecosostenibile

About the Author: Douglas McMillan